Check this stuff out!  Amazing!

Have you heard the music coming out of PsychUp Melodies, a psychedelic music label from Italy?
Well I highly suggest that you do! A diverse list of musics to blow your mind.

Fantastic documentary with a wonderful and powerful soundtrack:
Kalinga Utkal
A film by Pablo Picco / Bardo Todol of experimental folk group Ø+yn and María Victoria Arener!
An album mix of the movie soundtrack can be purchased here: https://bardotodolmonofonia.bandcamp.com/album/the-bombastic-and-repetitive-sound-of-tashi-ling-buddhas-in-pokhara-nepal
and you can read a brief review here: https://www.thewire.co.uk/news/47331/pablo-picco-ofo-yn-sountracks-new-film-with-argentine-experimental-music-projects

I was sitting in my bedroom closet blaring Nirvana in early April, 1994. I’d just found out that Kurt Cobain had shot himself and it felt like somehow my generation was doomed to do the same, one after another. As time passed, the more Cobain seemed like an asshole, but that never changed the way I felt about the music. Hearing Cochrane, Ontario’s (Canada) Sage on their debut EP Procrastinate is like pushing play on the tape you just bought and finding out that you’ve been transported to 1994 when the Pacific Northwest felt like the music mecca of the world.

Sure, Sage must have Nirvana, Soundgarden, Stone Temple Pilots, and Alice In Chains on constant rotation on the ‘ol tape deck, but they bring something of their own to the garage: raw and passionate grunge devotion from the future. Even on their Nirvana cover “Aneurysm” which parallels the live 1991 version meticulously, Sage’s un-self-conscious and unpretentious demonstration of BOSS DS-2 distortion worship redeems what would otherwise be the cover-band equivalent.

With that said, unless you just can’t get enough from the original ‘90s bands, to me Sage feels too much like Nirvana meets Dave Grohl on the first Foo Fighter’s album. They’ve definitely tapped into the sound so it feels genuine and not like pure mimicry, but in order to appeal to more than just die-hard Nirvana fans (but ones that aren’t die-hard enough to believe that grunge died with Cobain) Sage needs to push the form further, throw some glass and iron into the works. Maybe on their next EP/LP we’ll see just that, and I recommend, with as good as they are at sounding like the lost tapes of some 1994 grunge band, that you check out Procrastinate and give their follow-up a chance. 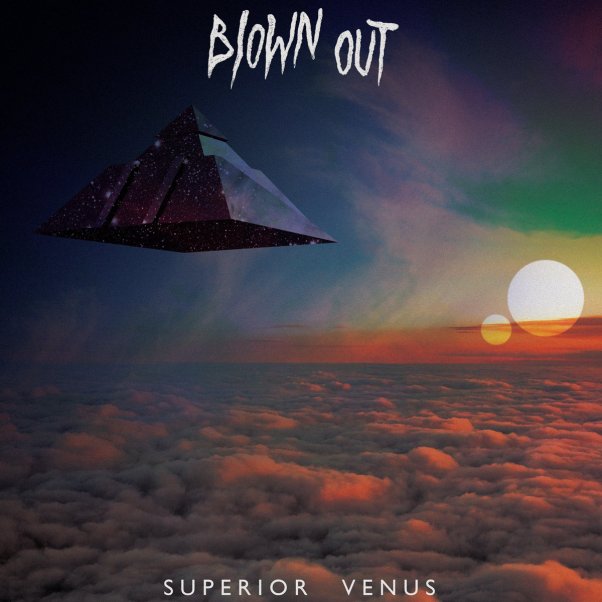 Superior Venus is the perfect trip.  With the first decrepitate sounds of the cosmic pyramid spacecraft closing you are enclosed in the manifold time-space manifest as infinite shards of light shuttling you through the universe.  Shit’s super heavy as you creep past 9gs approaching minute ten of Impious Oppressor, teetering on the edge of G-LOC and the knowledge David Bowie says comes “with death’s release.”  But there is no release, just a landing on Superior Venus amidst the warped squalls of some cosmic creatures beckoning you toward the clouded horizon – a wanderer above a sea of fog.

Bird People’s Down of the Hamsa is exactly the kind of music I love Eiderdown Records for. On some rocky peak of the Himalayas where the Hamsa sits languidly eating pearls, Bird People play this melancholic heavenly music.

The Orange Drop gift us with the precious golden dawn of contemporary psychedelia.  Floating over some pollen heavy dell in Middle Earth. somewhere between Donavan meets Pink Floyd and The Underground Youth meets Octopus Syng, Stoned In Love lays you down to dream.

A psychedelic-rock dub wonderland unparalleled since the Twilight Circus Dub Sound System dropped Dub Plate Selection in 1998 or Sun Araw met the Congos in 2012.  No contemporary sound but Lee Perry and Scientist meets GNOD could approach a kind of vibrating cosmic slop like this. 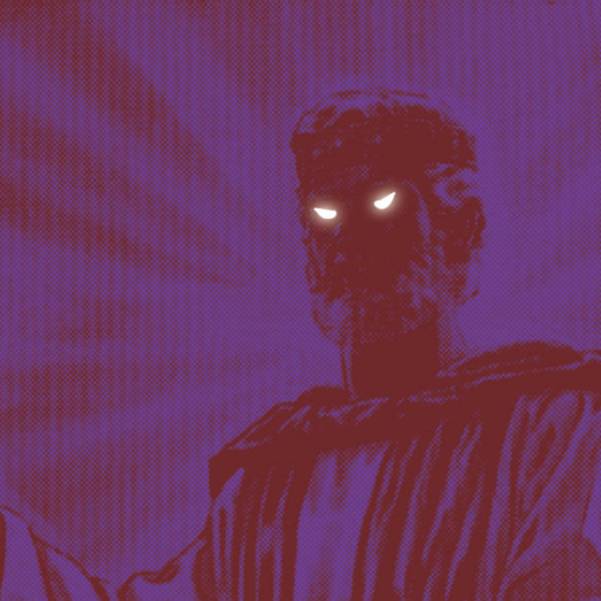 My favorite Cosmic Dead album besides the followup, Inner Sanctum (2013).  This album is like the first Amon Düül transported from 1968 to a contemporary studio with Higashi Hiroshi on the synths and mixing boards.  Well worth picking this up while its on record again, and just in time to whet your apatite for their forthcoming Psych is Dead album!

If you haven’t heard this improvisational jazz/psych/folk/bluegrass/rock/raga/drone artist from the wilderness of Washington State, then you’re in for a journey you’ll wish you’d taken long ago.  Prana Crafter consistently turns out finely crafted guitar-focused music that always moves just out of the bounds of the expected, the anticipated, the assumed organization of melody, and into the space where what’s possible becomes actual.  Can’t wait for an LP [speaking of which, buy this and support the artist].

“No Mightier Creatures is a new project by peruvian musician and poet Renato Gomez, former guitarist of the space rock act Serpentina Satelite.”

This album is full of rich and poetic political commentary embedded in a rock/punkrock/garage soundscape.  Not a psychedelic venture like the amazing Serpentina Satelite (which I played on the November 2015 Perú psicodélico show), but an album that you’ll learn to sing along to, that you’ll listen to on repeat, and sing to your kids or as you warm your hands on the burning rubble of fascist institutions.

The debut album by Osaka, Japan band HIBUSHIBIRE is just as their name suggests: a total Freak Out Orgasm! Up until this Riot Season Records release, HIBUSHIBIRE were known only to show-going psych heads in Japan and dedicated freaks internationally who trembled as they watched Chang Chang, 821, and Ryu Matsumoto freak out in YouTube videos of live shows. If you’re looking for a review written with critical distance, you’ll have to read someone else because this is exactly the kind of heavy psychedelic rock I live for.

HIBUSHIBIRE are without question the astralsonic children of Speed Guru (Kawabata Makoto), weaned on albums like Electric Heavyland, Ominous from the Cosmic Inferno, and Asahito Nanjo La Musica bootlegs. This is old-school Japanese freak out psychedelic rock that doesn’t feel like it’s nodding to the 1990s Japanese psych scene, but feels like it IS from the 1990s Japanese psych scene. The Speed Guru himself says they’re “the heavy psychedelic group of the next generation in Osaka underground scene.” But like Acid Mothers Temple (AMT) these freak out wizards will remain household names for every generation of psychedelic head to come.

Freak Out Orgasm! has the feel of a live set, beginning with the relentless freak out “Lucifer’s My Friend,” a song that begins as if we were tuning in to a radio broadcast deep in outer space, then screams through the ears until our brains melt and all we can hear is the squealing of Chang Chang’s amp. The album quickly moves into the medley-style journey of “Hallucination Valley Blues – Flying Shiva Attack – Hallucination Valley Blues (Reprise)” that sounds like it could have been a bonus track on Pataphisical Freak Out MU!! were it not for the demonic swerve toward ‘70s U.S. Southern psychedelic rock in vocal cadence and rhythm section. “Trepanation Breakdown” is the mercurial melding of late AMT and Sundays and Cybele, a kind of Miminokoto garage rock jam with the emotional charge of folk-punkster Zonou Keisatsu meets Marble Sheep. The final album freak out is the nearly 20-minute “Deep Throat River Holy Mountain High” that unfolds much like AMT’s title track from 2005’s Anthem of the Space with the emotional intensity of Shizuka circa 1995 meets “Guru In the Echo” from Ghost’s 1990 self-titled LP. It’s obvious that HIBUSHIBIRE are firmly rooted in the heavy psychedelic rock and underground music scene of Japan, but despite, or maybe because of this rooting, they sound as fresh and live as they would have in 1993.

Freak Out Orgasm! is being released digitally on Riot Season Records, in a limited edition of 400 translucent magenta colored vinyl, and as 60 numbered salmon pink cassettes. Release date is March 3. 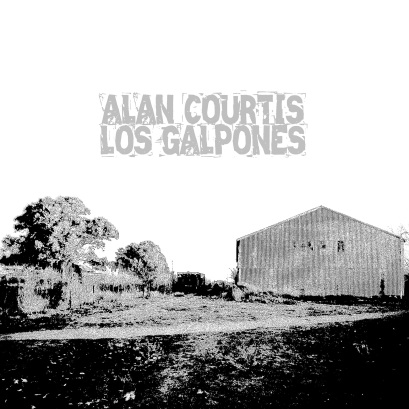 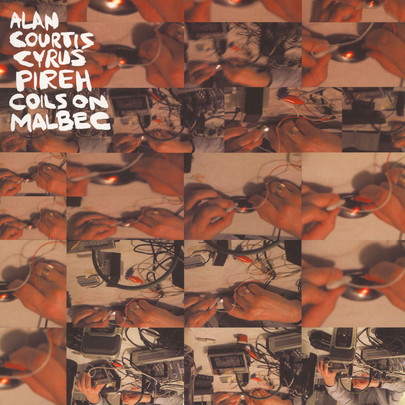 Trail Records is truly doing psych heads a service.  Great music mostly from Slavic countries.  I highly recommend checking them out, and listing to the great music! 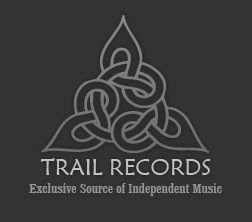 An absolute MUST check out: buh records from Lima, Peru

The Karamazov Project . We Agree That Love Disagrees . 2015

Yas! After years of waiting, we devotees have been gifted Strange Pleasures! Not one, but TWO brilliant LPs of ecstatic musicscapes.  Buy it!!! 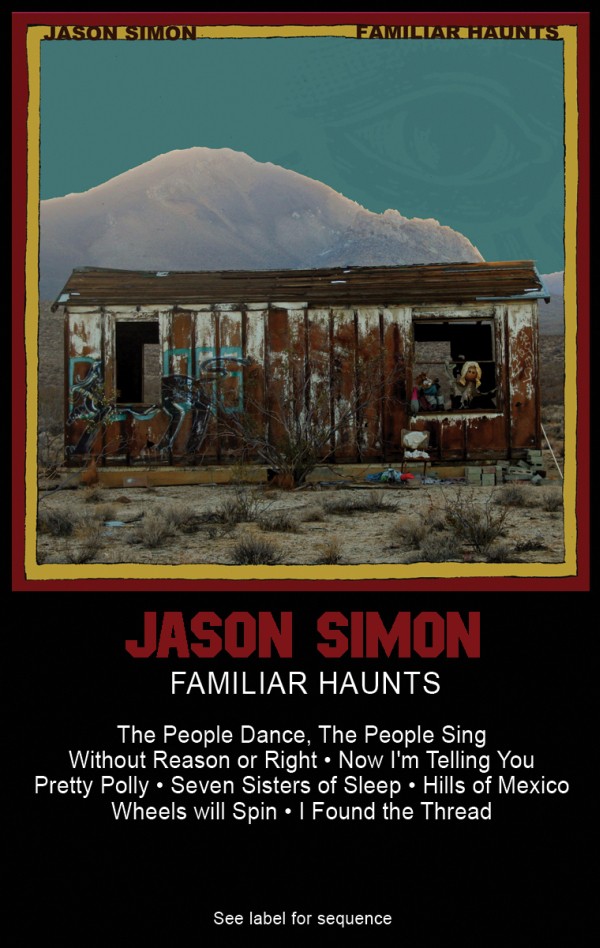 Cardinal Fuzz and Sky Lantern Records have joined forces (marking the beginning of what will hopefully be a boun ful partnership) to help bring the world Soy Dios, an extraordinary cosmic o ering from Manchester’s Dead Sea Apes. 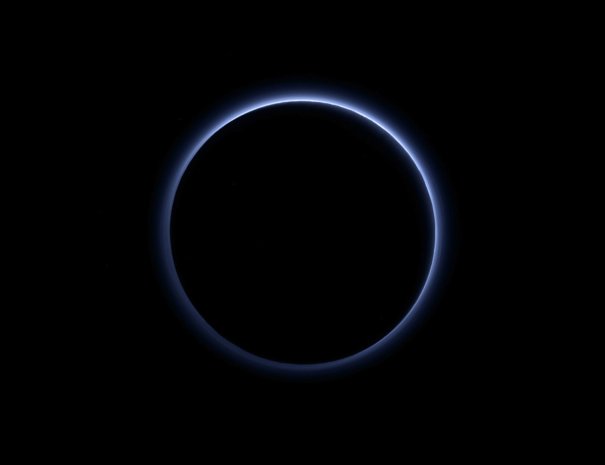 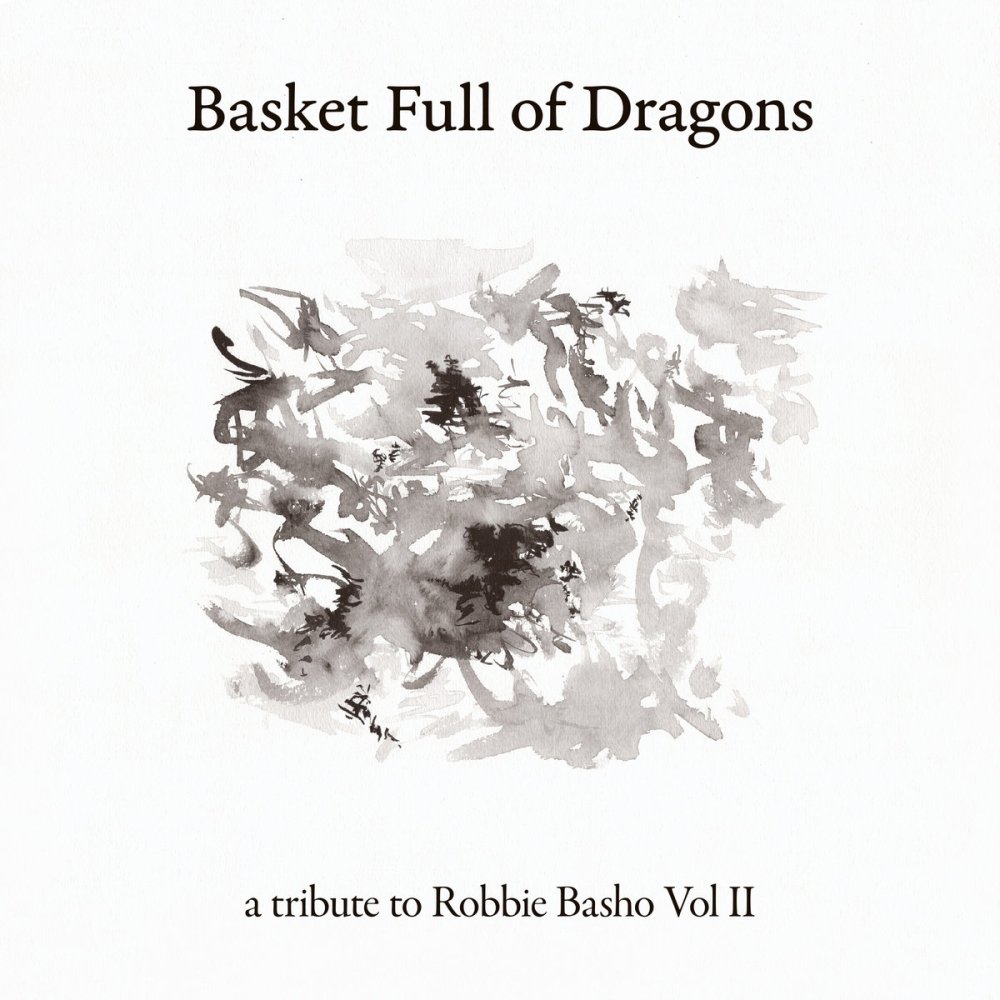 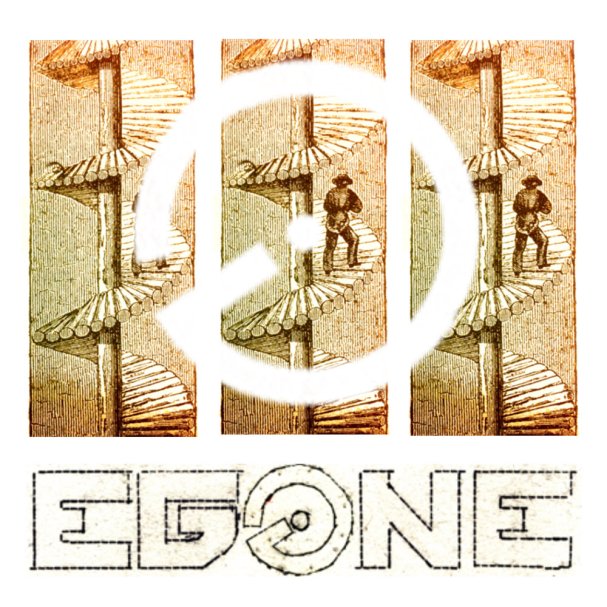 Evening Fires . Where I’ve Been Is Places and What I’ve Seen Is Things . Sunrise Ocean Bender . 2016 (Pennsylvania USA) 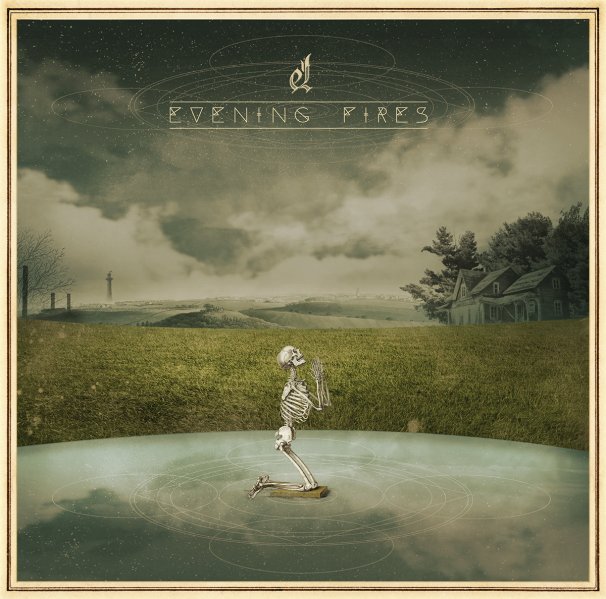 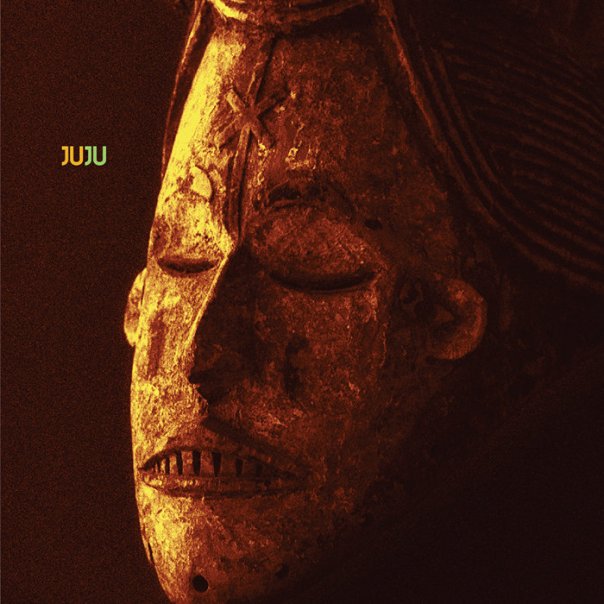