First of all, as we all should know by now, the terms psychedelic/psychedelia and the musical genres of the same name are empty.  We fill them with whatever signification we want, the greatest being a lot of echo, reverb, fuzz guitar, backward tape loops, drones, repetitions, waves of sound, spacey, magic, and/or mythological lyrical content, mixtures of many instruments from disparate musical cultures, eastern musical influence, improvisation, the use of psychedelic drugs while recording or as part of the bands lifestyle, cult bands that play improvised blues-rock music in the wee-hours as part of their holy trip! Well, psych and acid folk is no different in the validity of its classification, and these bands cover the spectrum.  Some of it is tangentially psychedelic–psychedelic by association with the rest of the band’s oeuvre or communal lifestyle.

Speaking of communal lifestyle, LET’S DROP OUT! Who’s with me?

This album is great from beginning to end, and there’s not another album then or now that comes close to the dark fantasy fug of First Utterance.  It’s so good, in fact, that you might be tempted to listen to their 1974 album To Keep from Crying, but that would be a very bad idea.  Revel in this music made of All the Colours of Darkness, and dream of something deep seeping from your Self.

Soft Machine’s very own.  Such an amazing and under appreciated artist.  Along with former band mate Robert Wyatt, Kevin Ayers went on to produce excellent solo work.

I bought this record a couple of years ago and realized that, although it is a wonderful album full of fuzzy juvenile acid folk, what came as a double EP should have been released as a single LP.  I just can’t get behind a full 12″ vinyl that has under 20 minutes of music on it.

Don’t get me wrong, I like Pentangle as much as the next guy–wait, no, I don’t.  That’s why I’m playing Pentangle (a band that just cannot be excluded from this playlist) from the amazing psychedelic DJ compilation discs AMPBEYM volumes I, II, and III by the fantastic Amorphous Androgynous of The Future Sound of London.  You should definitely check out The Galaxial Pharmaceutical to stay turned on to what’s new in psychedelic electronica and dance.

There’s so much good Incredible String Band that it was hard to choose which song to play.  My starry starfish-E and I feel big things for this song, so here it is.  I highly recommend every ISB album from The Incredible String Band (1966) to Liquid Acrobat as Regards the Air (1971).  This album, The 5000 Spirits, The Hangman’s Beautiful Daughter, and Be Glad for the Song has no Ending are particularly dear to my bodymind.

This is the Irish band that kept me from calling this show “UK psych…,” (thanks Erin), but I’m glad for it, because all of these people share(d) something more than geographic proximity, and surely more than national identity.  This was a magical time for art and life. 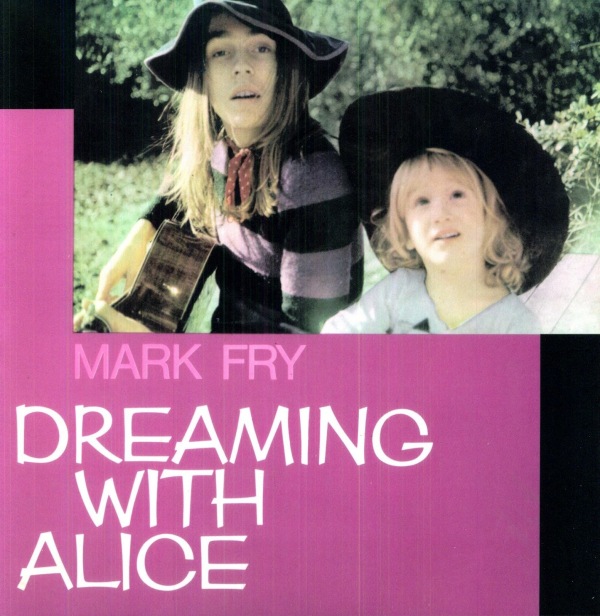 British Revival poet reading an early work from her (impossible to find) collection “Tonetreks”.  As well as fitting into the geographical and temporal theme, I feel O’Sullivan’s poem–and particularly her reading–aligns well with the characteristics of psychedelic folk: the repetitions, the swirling, overlapping, sound/images, the spatiality of the audible line and its affect on the body.

C.O.B. – Moyshe Mcstiff and the Tartan Lancers of the Sacred Heart – Eleven Willows – 1972 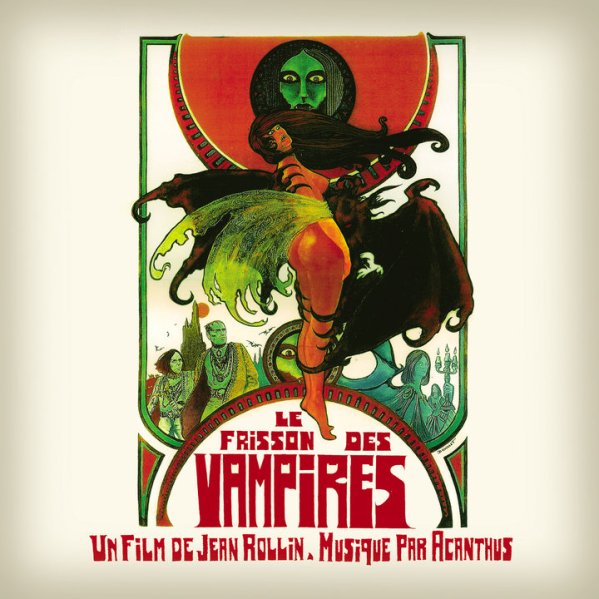 Not much information about this folk band, not to be confused with “The Stained Glass” who would be on a British psych rock playlist.  I imagine Marissa Nadler circa Mayflower May was influenced by this group of traditional (albeit reverb laden) folksters.  Songs about witches always remind me of Donovan, and therefore, of home. 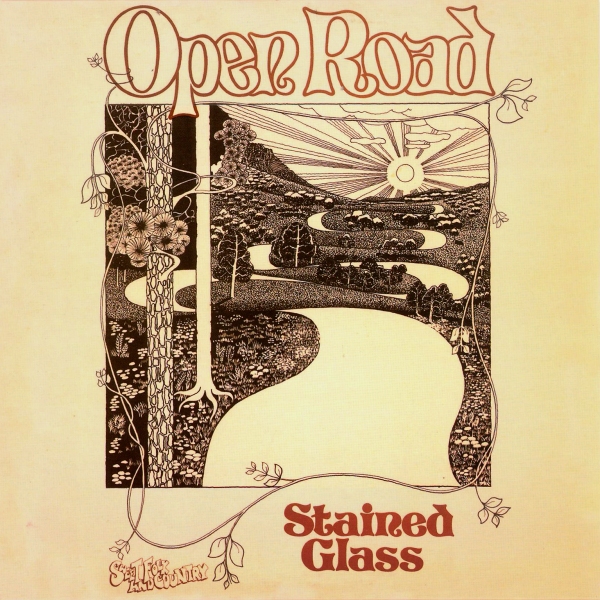 Tyrannosaurus Rex with Peregrine Took is the best psychedelic folk out there, so when I saw that Peregrin Took had started his own band after being replaced by Mickey Finn, I had a listen.  Not only is this a great song, but it also lets us hear the voice hidden behind Marc Bolan and some percussion instruments for so long. 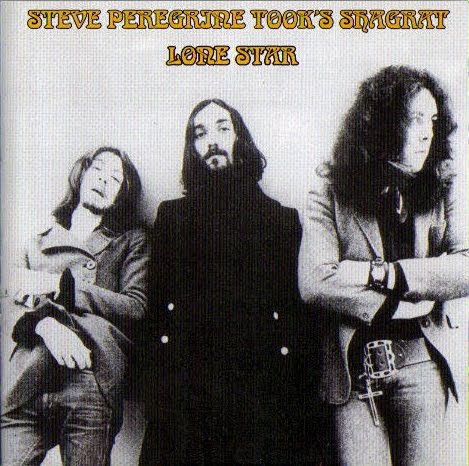 This is not just an album recorded on two four-track tape reels with the help of Daevid Allen of Soft Machine and Gong, but a 144 page spiritual book with verse and drawings.  Check out the hotlink and read the story, then find someone who owns (me!) it to burn it for you–it’s impossibly expensive to buy.

When I was a kid my dad would play this record and sing the songs to us.  When I was a teenager I made myself a tape from the vinyl copy my dad had bought decades before, and listened to it constantly.  I’ve never grown sick of this album, and think it’s the best Donovan album he ever made, although he recorded great stuff before and after this one, too.

My friend, the poet, novelist, father, lover, Rock Geek W. Gillespie took me to a BackBeats record shop in Rantoul right as it was closing up its doors (for good, I’m afraid), and I bought this complete original LP with all the song sheets!

I dedicate this song to my love, my best friend, my starry starfish. 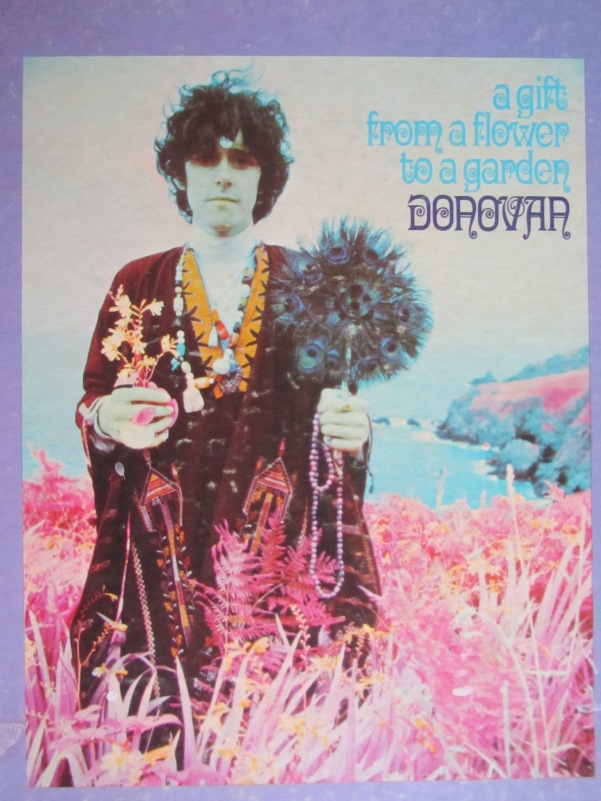 Although this track was found on the Mojo compilation named above (and not on an album, as far as I can tell), the 1968 album Large as Life & Twice as Natural has a similar feeling.  Graham is a fantastic guitarist in the vain of John Fahey and Bert Jansch.  In April of 2012 the Les Cousins label release the Davy Graham Anthology 1961 – 2007 Lost Tapes which you can buy digitally on Amazon or on 180 gram vinyl from the Les Cousins label.

4 thoughts on “’60s and ’70s Psychedelic and Acid Folk from England, Scotland, and Ireland”