Written by The Great Society guitarist Darby Slick, which Grace Slick stole/took with her and recorded with the Jefferson Airplane in 1966.  The song eventually became one of their most well-known hits.

Written by  written by Beatle Paul McCartney, but credited to Lennon–McCartney.  Who hasn’t covered a Beatles song anyway? (More Beatles covers on the way).  And you all know who Jimi Hendrix is.  It’s really a winning pair.

Written by Jimi Hendrix and produced by Chas Chandler, it is the third track from the Jimi Hendrix Experience‘s second studio album Axis: Bold as Love.  The image below is from their first LP because the cover to the Disques 45 album isn’t as fun as this one. I mean, it has has the soles of Mahmoud Ayari’s feet!  This band is from Lyon, France and used to be called Chico & The Slow Death.

Another cover of the Beatles track from the 1967 Magical Mystery Tour album, this time from an artist that only does covers.  Am I wrong?  Well, at least they’re all sitar covers.

Yep, another Beatles cover, but the good thing about this playlist is that every cover is in a different style.  This is from the Beatles is a George Harrison song from the 1967 Sgt. Peppers Lonely Hearts Club Band album.

Violeta de Outono is a Brazilian shoe-gazey psych-alt-rock band that put out some pretty solid music throughout the ’90s.  I played them last week on the Brazilian Psychedelia show. O.k. Yes. One of my favorite Marc Bolan songs as T. Rex from the 1972 album The Slider.  The Flaming Lips have a great appreciation for great music, and so do an excellent cover of this classic.  Check out this super fucking weird album of covers.  It will be worth every minute (despite the horrible sound quality).

This song was “covered by Richard Barone of The Bongos on his 1997 album Between Heaven and Cello, and featured in the 2003 comedy film School of Rock. There is also a Spanish-language cover version by Spanish rock band Radio Futura, called Divina (1980).”

Make sure you check out the Radio Futura version.  I was this || close to putting it on the playlist instead of the Flaming Lips version.

Donovan.  I love Donovan.  He reminds me of the happy times in childhood, of the out-of-my-mind times of my teens and early twenties.  My dad used to play us Donovan from his records.  He had the A Gift From a Flower to a Garden double LP and a couple others, and I dug them so much when I was a kid and teen that he recorded them onto cassettes for me so I could listen to them in The Dawn Treader, the orange super beetle.  Hurdy Gurdy Man was a 1968 single that Donovan wrote while in India (with the Beatles).

This is a Sun Ra song from the late ’50s / early ’60s that finally found its way onto the 1967 We Travel the Space Ways album.  The cover is part of a medley by Yo La Tengo from a WFMU fund drive.  The album cover pretty much tells the story about that.

A Black Sabbath cover.  Really.  This is a new album to WEFT that came in a couple months ago.  Pretty solid all the way through, but the “latin rhythms” kind of take away from the evil doom of the original.  Planet Caravan is from the 1970 album Paranoid.

Originally by Tommy James and the Shondells from their 1968 album Crimson and Clover.  Here covered by the legendary Chilean band Aguaturbia on their second album.

This song was written by Lou Reed and is sung by Nico on their 1967 album The Velvet Underground and Nico and by Lou Reed on many other recordings and performances.  Penelope Trip was a Spanish noise-pop band from Gijón founded in the early ’90s à la The Jesus and Mary Chain. 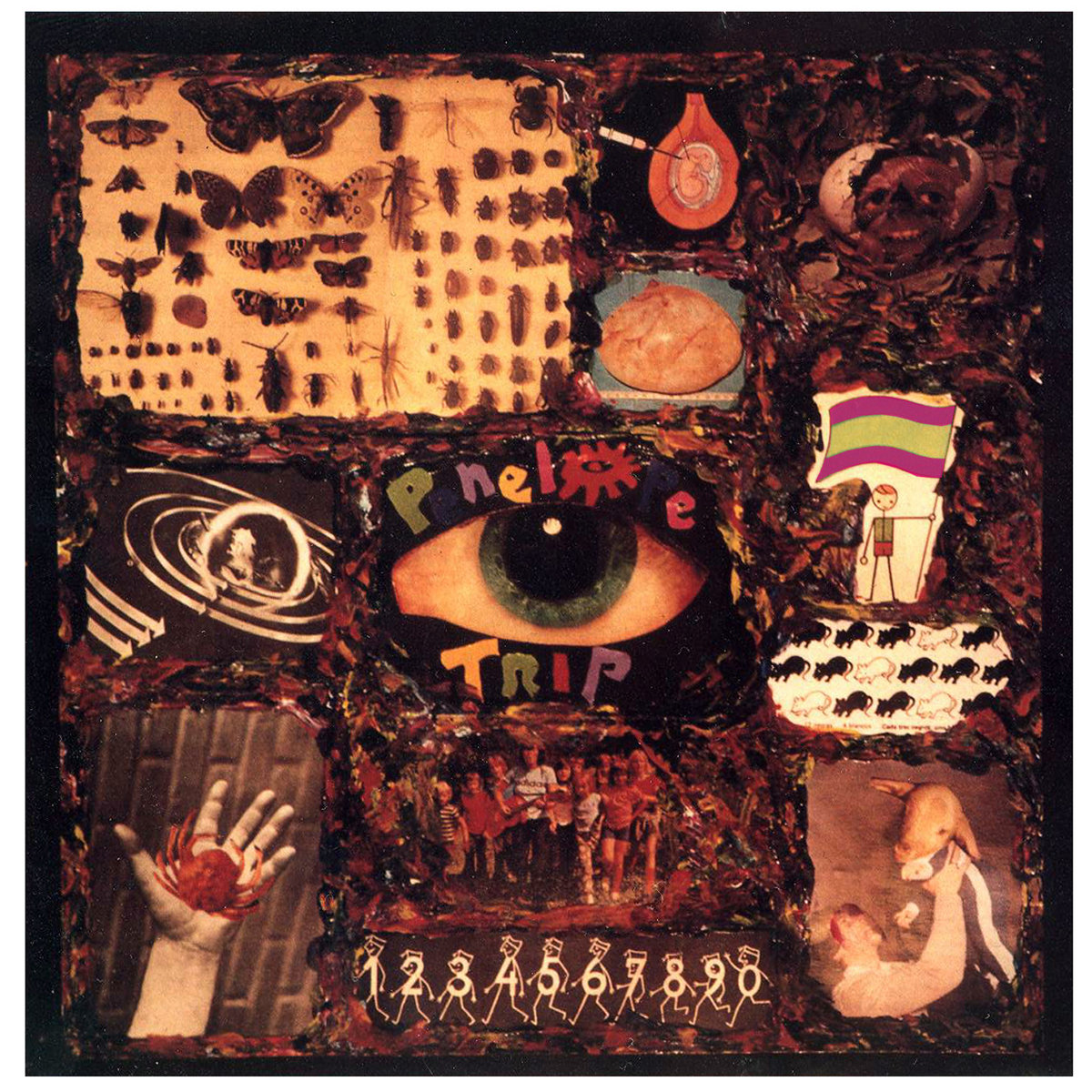 The Drowners is the 1992 debut single of the glam “Brit-Pop” band Suede.  Can you believe it?!  My partner, Thee Coconut Kaleidoscope turned me onto this as a cover–I was listening to this Flying Saucer Attack album a couple weeks ago and she said, “that’s a Suede song”!  Right she was, of course, and lucky for us because this song is awesome.

Hard Rain is the name of a 1976 Bob Dylan album with The Rolling Thunder Review playing songs that were better elsewhere, in other incarnations.  But this song is actually a cover of the song A Hard Rain’s a Gonna Fall written in the summer of 1962 and released later that year on his second album The Freewheelin’ Bob Dylan.  Faust is a German kosmische band (see my German psychedelic and kosmische show) and Nurse With Wound is the British avant-garde band/solo project of musician  Steven Stapleton.  You’ve no idea what you’re in for.

It’s too bad Ono didn’t actually do this performance to Katy Perry’s “Firework,” but at least youtube-r Kroiker McGuire exists and had the great sense of humor to make this mashup.

This song was originally performed by Ono and released in 1969 on Unfinished Music No. 2: Life with the Lions, an experimental noise album by John Lennon and Yoko Ono.  It’s basically Ono screaming and Lennon playing guitar, and who know who else making other noises.  It’s really amazing, but it is 26 minutes, and it’s not a cover.  BUT, since this is with The Flaming Lips (from Oklahoma), it is a kind of cover, and it’s only about 6 minutes so it also doesn’t take up too much of my 2 hour slot!

I don’t have time to write all of the information on this blog myself, so I’m pulling from other sites.  Here’s what wikipedia has to say about this important American spiritual about the atrocity of slavery:

Carmen Maki was a staple on many rock, blues, soul, and psych albums during the heyday of Japanese psychedelia all the way to the present day.  In 1968 she started making music with Creation, later Blues Creation, and continues to make music.

A cover of a cover of a cover!  JOY might actually be the best of all three, so perhaps whoever covers this next will be better yet!  Evil Woman (Don’t Play Your Games With Me) was written and recorded by the Minneapolis band Crow, who released the song on their album Crow Music in 1969.  The next year Black Sabbath released it as a single from their debut album, Black Sabbath.  JOY, not to be confused with the French Euro-pop band Joy, is a San Diego based band that released this gem on their 2012 self-released, debut, eponymous psychedelic thrasher.

Written by Neil Young this can be found on his 1975  Zuma album.  The song is great, but I think Built to Spill really does it justice–I much prefer this version to Young’s.  In fact, I’m from Boise, the hometown of Built to Spill!   I love their music and would say this is one of my top five BtS songs of all time.  I saw them perform this song live in Julia Davis Park in the early 2000s.