Welcome to the playlist for another two hours of psychedelic music from around the world with your host The New Elastic Infinite.  This is Global Psychedelia, and today’s show is Argentine psychedelia! As was the case with Chilean psychedelia, during the years of Argentina’s military dictatorships and continued political oppression (~1969/74 – 1983, when ~13,000 are estimated to have been disappeared), much of its music scene was in exile or defunct.  Because of this, and because I (usually) only play things I really dig, I put extra attention on the highly intelligent and hugely literate Luis Alberto “El Flaco” Spinetta (23 January 1950 – 8 February 2012) because he fronted some of the greatest rock, psych, folk, and prog bands in Argentina:  Almendra, Pescado Rabioso, Invisible, Spinetta Jade, and Spinetta y los socios del desierto.  On that note, Almendra‘s guitarist Edelmiro Molinari went on to join the band Color Humano.  Guitarist Kubero Díaz of Billy Bond y la pesada del Rock and Roll also played in Spinetta’s Pescado Rabioso, and Emilio del Guercio and Rodolfo García of Almendra joined forces in the early hard rock and psychedelic band Aquelarre that spent the majority of its life in Spain (1971-1977).

A brief side-note, euskaldun naiz, eta: the band’s name, Aquelarre, is a Spanishization of the word akelarre (a witches sabbath in a cave) in the Basque language (euskara), and was probably taken from Goya’s paintings of the same name (also taken from the Basque akerra, or akerbeltza) depicting the devil in the form of a goat, which in euskara is called Akerbeltz(a), or (the) black goat.  Aker is the word for ahuntza or akerra, goat in English.  Or perhaps the band named themselves after La Cueva: “according to local legend, Argentine psych was born in a basement hang-out on Pueyrredon Ave. in Buenos Aires called La Cueva.”

Turn on, tune in, drop out.

“Recorded live in 1997 at Canal 9 (Argentina), with the original presentation & TV tune. released on the “Minecxio” 7″ep by Freedom From.”  Is it just me, or does it sound like they cut them off and cue the TV station music?  Bogus.

Reynols is an excellent avant-garde band fronted by Miguel Tomasin, and includes Anla Courtis, Fernando Perales, Roberto Conlazo.  It began when Tomasin and Conlazo met at a music school in the Caballito neighborhood of Buenos Aires.  You can read about it (in Spanish) here.  Tomasin was born with Downs Syndrome, and always had great skill for drumming.  He began formal training in drumming/percussion at a very young age (some say he got his first kit at age 8, but was drumming much earlier).  Christian Dergarabedian, another Argentine noise/avant-garde musician sometimes played with the group.  Everything they do is improvisational, and they also do a lot of great tape manipulation work.  Check out Anla Courtis’ solo and collaborative works, too.  He’s awesome! 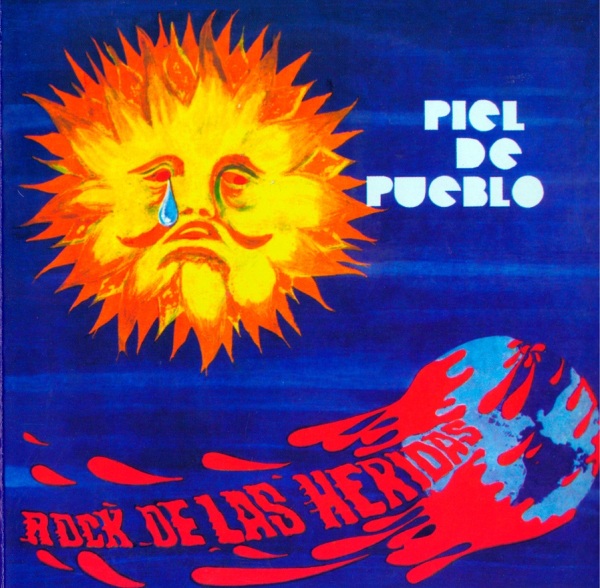 If you want to hear what’s next in the super psychedelic global scene, check out vlubä, a.k.a. (((vlubä))).  This is what’s up.  Also, Keroøàcidu Suäväk and KéröAska from São Paulo, Brazil.  The German Kosmische Kollektiv 36 is on Gurken Records, strangely reminiscent of Vintage Cucumber, which you should also check out, especially his split with Felipe Arcazas, which you can find here.

For further listening, I recommend the Peruvian/Argentine heavy rock band Tarkus, which I played two weeks ago on the all vinyl show, and the following Argentine musicians/artists/bands:

As with all of my shows, I do not purport that this is a definitive list, but I do hope it includes some of the major groups, individuals, and sounds in Argentine psychedelic music throughout the years.  If you are particularly savvy in this area, please share with me your knowledge!  I love music, I love psychedelic music, and I want to share the joys of this music with the world.  That said, this playlist covers music from 1970 to 1975, (maybe the ’90s with Reynols), and 2012-2014.  Please help me fill in the gaps.